A new school proposed for the Borrington Road site 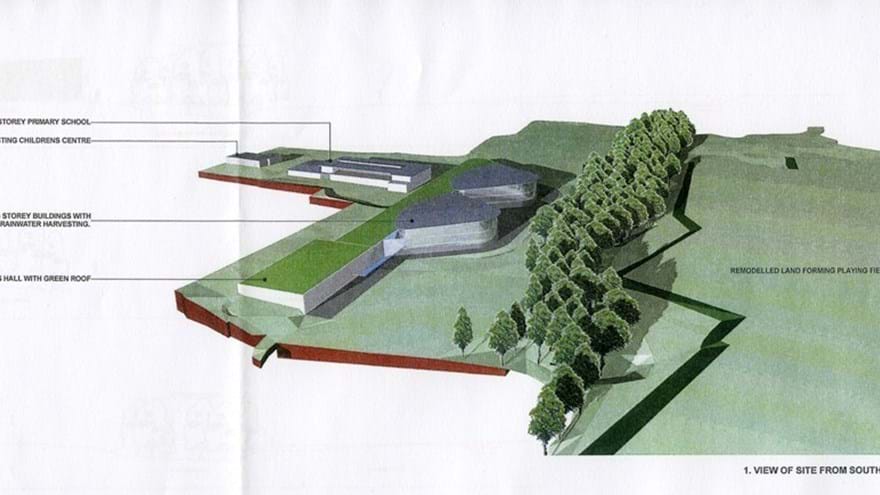 At present King Charles 1 School operates on a split site, the Upper School located on the existing site at Chester Road, and the Lower School on the former Comberton Middle School site at Borrington Road.  Proposals are advanced under the Building Schools for the Future (BSF) project to build a new School on the Borrington Road site in the near future.   Outline scheme drawings for the proposed school are shown below giving views of the site from the South East and South West.