Wall-mounted sundial presented to the School as part of the Association's Millennium Gift. 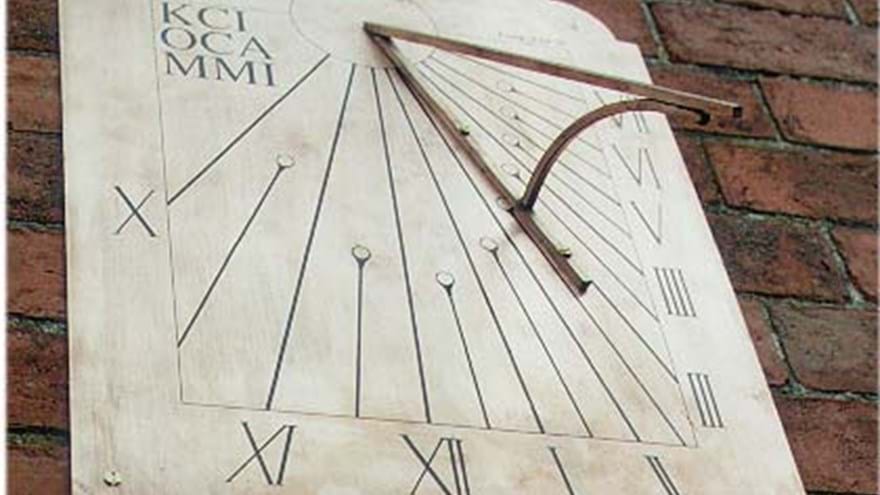 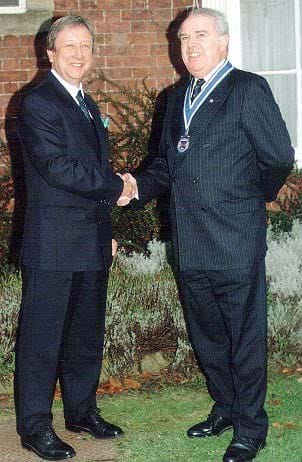 Association President Keith Weston presented a wall-mounted sundial the School as part of the Association's Millennium Gift. Our picture shows Headmaster Alan Brooks accepting the gift from the President on the School's behalf.

The presentation took place immediately after the Founder's Day Service late in the afternoon of Friday 16th November. Sadly there was no sun and the day was dull and overcast - but the sundial does work properly when the sun shines! 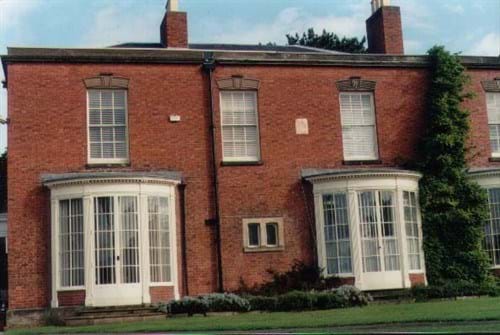 It was some time during 2000 that the Committee decided to celebrate the new millennium by donating two gifts to the School. The first was the sundial, which seemed an appropriate gift to commemorate an event which itself  commemorated the passage of time; and the second was was the refurbishment of the long-lost War Memorial Clock, discussed elsewhere.

The sundial was wall-mounted to the south-facing wall of Hillgrove House overlooking the playing field on the morning of Sunday 7th October 2001. It can be seen in our picture above situated between the second and third windows from the left on the upper storey. 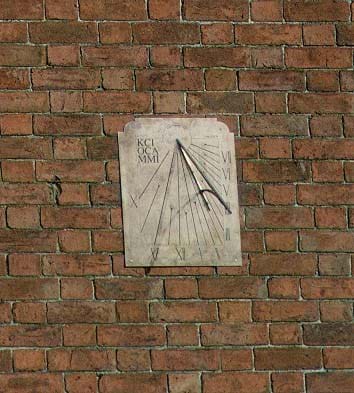 A close-up picture shows the engraving of three sets of initials, representing the School, the Association and the year 2001 in Roman numerals, and the shadow of the gnomon (the central pointer) can clearly be seen indicating 11 o'clock. 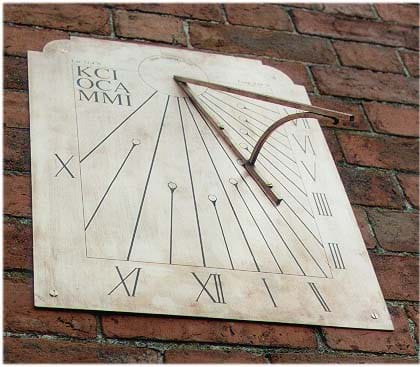 The project has taken some time to bring to fruition: Hillgrove House is a listed building so "Listed Building Consent" needed to be obtained; it belongs to Worcestershire County Council so they had to be consulted; and wall-mounted sundials have to be designed taking the exact geodetic location of the building and aspect of the wall into account if they are to be at all accurate!

The sundial was designed and hand-crafted for the Association by Silas Higgon of Connoisseur Sun Dials, Craven Arms, one of the country's leading sundial makers, taking the above parameters into account. It is therefore unique and will work correctly only on this wall of Hillgrove House and nowhere else in the world.

Before it was mounted on the wall we recorded close-up views of the sundial for posterity and reproduce some of them here. 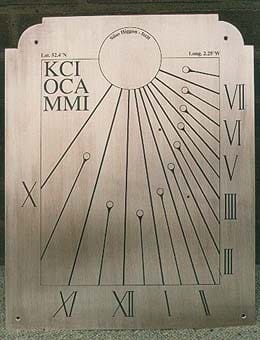 This picture shows the sundial face without the gnomon fitted in order to show the most detail. The sundial is made from bronze and, whilst bright and shining when new, it will acquire an attractive green patina over time as it is exposed to the elements. 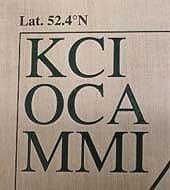 A close-up of the inscription shows, as well as the three sets of initials, the precise latitude of the School building, one of the parameters that had to be taken into account in the design of the sundial to ensure maximum accuracy. 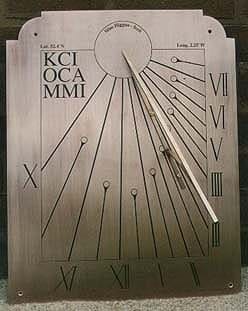 This picture shows the gnomon fitted. The offset from the centre is to take into account the fact that the wall on which the sundial is fixed does not point exactly due south.

Sundials are known to have lasted for hundreds of years and we have every hope that ours will be one of them, enhancing the look of Hillgrove House and giving pleasure to young Carolians and Old Carolians alike for generations to come.